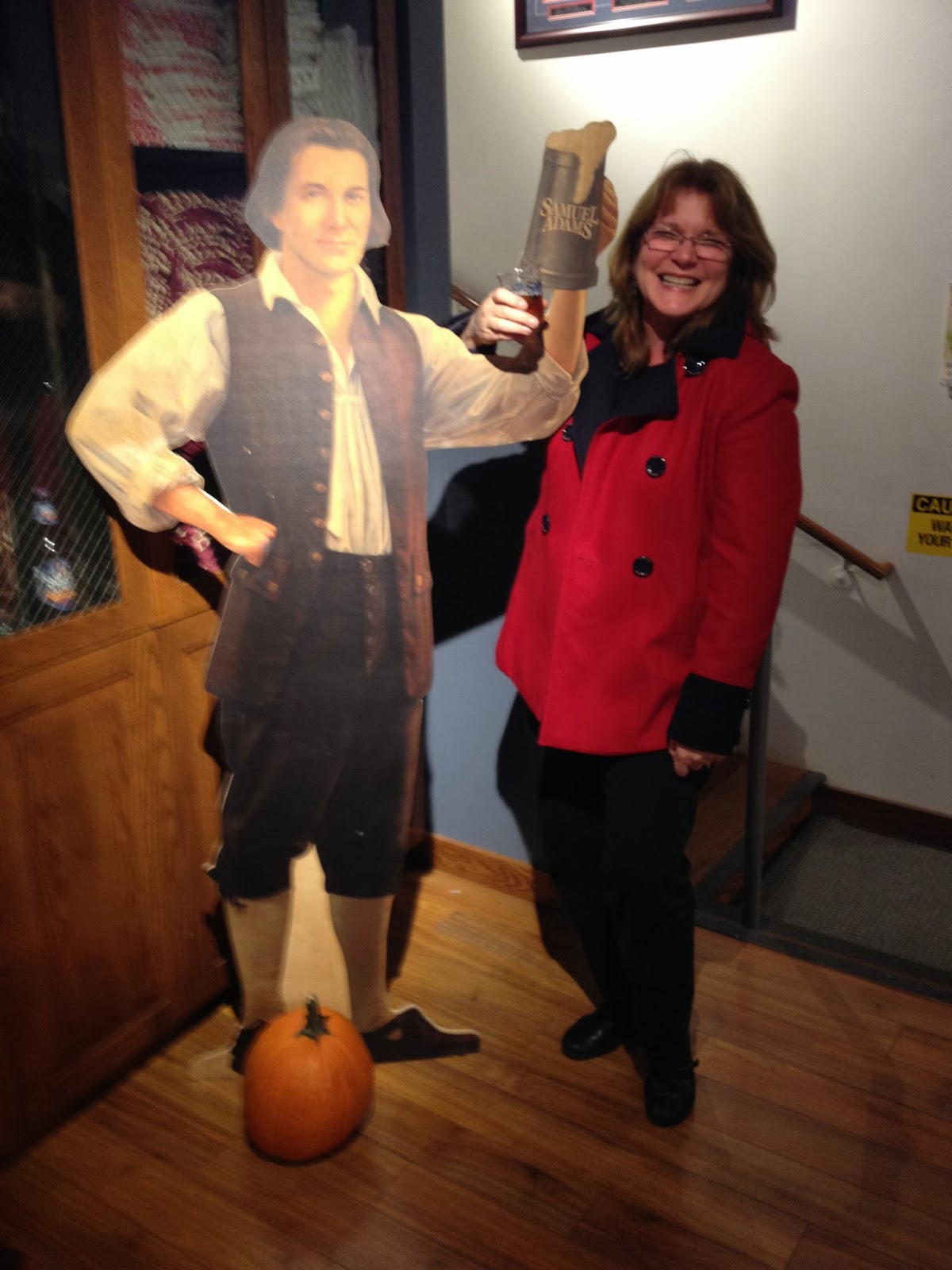 Lisa Saunders at the Samuel Adams Brewery in Boston, Mass., on October 29, 2013.
Is Ghost of Sam Adams Still After Captain Henry Gale--through his descendant?

Watch her crushing defeat in the short videos below

Lisa Saunders of Mystic, Conn., descendant of Revolutionary War veteran Henry Gale and author of “Shays’ Rebellion: The Hanging of Co-Leader Captain Henry Gale,” had her shot at being the next Champion Stein Hoister at the Samuel Adams Brewery on Tuesday, October 29th--but it was not to be. The author will have to promote her ancestor's fight against his new government and "half hanging"  some other way.
Although Sam Adams couldn't convince John Hancock to follow through with Henry Gale's execution once the noose had been placed around his neck, perhaps it was his ghost who weighed heavily upon the arm of the insurrectionist's descendant, making it impossible for her to hold her stein high and long enough to win a Munich trip from the Boston beer company that named their lager after Adams. Her nephew, Dr. Bradley Saunders of Columbia, SC, a physical therapist, had given his aunt a few winning tips the day before the Boston event. When he learned of her defeat, he quickly texted her, "I'm still extremely proud of you--364 days to train for next year!"

Lisa may indeed start training for next year. Mystic--and even the State of Connecticut-- had placed their hopes on her when she won the ladies' Beer Stein Hoist at Pizzetta hands down earlier this month (see news coverage below).* After her surprising win at the Mystic restaurant with a stein hoisting time of 5 minutes, 10 seconds, Tricia Walsh, President of the Greater Mystic Chamber of Commerce, e-mailed Saunders, “I wish you the best in Boston and I hope you make Mystic proud!” Unbelievably,  even United States Senator Christopher S. Murphy wrote to her from Washington D.C., saying: "Keep up the great work and best of luck at the New England Championship!" Lisa's father, Dick Avazian of Suffern, NY, imagined that Mystic's flags were set at half-mast when news of her defeat reached the tiny seacoast village. 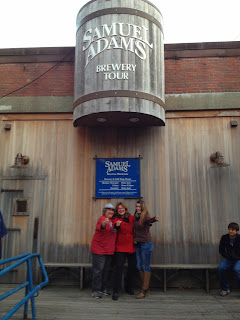 Lisa (center) with two competitors outside the Samuel Adams Brewery before the event. They were friendly toward each other--at first. 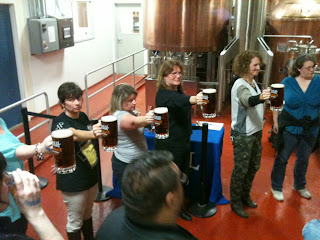 Lisa Saunders in the center (wearing black) holds stein high at Boston's  Samuel Adams Brewery on October 29. Competition was stiff and some onlookers were accusing particular stein hoisters of trying to get away with cheating (beer spilling over rim or arm not out straight).

Part I: Lisa's stein--and hopes--still held high.
Part II: Lisa hangs on--barely--while others drop out. When Lisa notices a drop spilling over the rim of her stein, she knows it's over. She drops out before being asked to hand in her stein.
Lisa Saunders revised her humorous travel memoir, Mystic Seafarer's Trail, to recount her beer adventures and how beer played a life-saving role in New England's history. To read excerpts, click on Mystic Seafarer's Trail  then on the "LOOK INSIDE" feature.

Lisa is seriously considering training to stein hoisting events if it will draw attention to a cause very dear to heart. See Loss and love: Author raises awareness about preventable birth defect


Visit Lisa at www.authorlisasaunders.com to learn more about her books, publicity work, and availability to speak. Write her at: saundersbooks@aol.com

Photos and videos by Enrique C. Jograj, Jr.
Posted by Lisa Saunders at 4:09 AM

Business side of writing